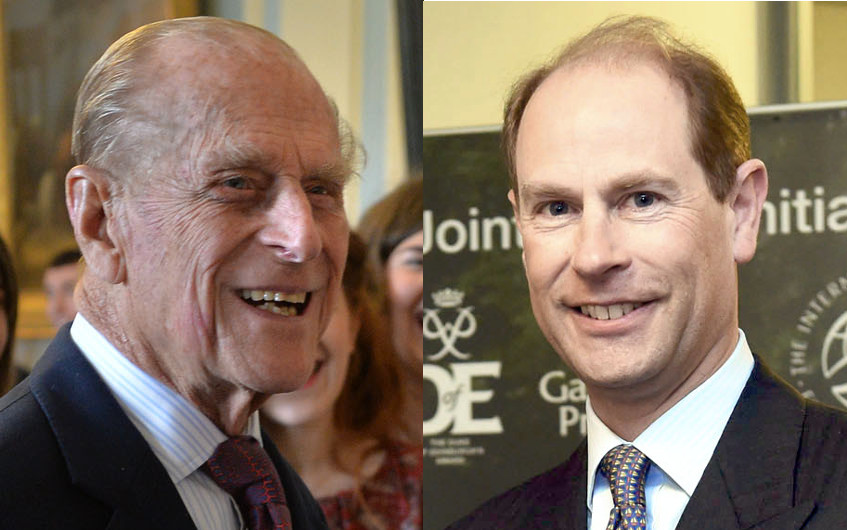 At some point in the next ten years, we will have a new Duke of Edinburgh. But who will it be? People seem to be confused on the matter. Let’s try to clear it up.

The confusion seems to stem from an announcement made by Buckingham Palace on the morning of Prince Edward’s wedding to Sophie Rhys-Jones on 19 June 1999. Unlike his brothers, Edward was not given a royal Dukedom on his wedding day, but it was announced that the Queen intended for him to be made the Duke of Edinburgh “in due course”. It’s that “in due course” that confuses people. What does it mean?

Some people think that Edward will be made Duke of Edinburgh immediately after his father dies. But that’s very unlikely to happen as it goes against everything we know about how titles are inherited. The Duke of Edinburgh is a perfectly normal peerage. It will follow the normal rules of inheritance. That is to say, when the current Duke dies, his title will be inherited by his eldest son – who is, of course, Prince Charles.

Of course, Charles already has plenty of titles. He’s the Prince of Wales, the Duke of Cornwall, the Duke of Rothesay and a few more besides. If he inherits his father’s dukedom, that title will just be added to the pile and you’ll never hear it spoken of as many of his other titles are more important.

Sometime later, the Queen will die and Charles will become King. At that point, all of his titles merge with the crown and, effectively, cease to exist (the Dukedoms of Cornwall and Rothesay are special – they are automatically held by the eldest son of the monarch, so they will immediately be passed to Prince William). When that happens, the Dukedom of Edinburgh will be available to be created again (for the fourth time) and bestowed on Prince Edward. This is presumably what the Queen was hinting at in her announcement on Edward’s wedding day.

So if Prince Philip dies before the Queen, the next Duke of Edinburgh will be Prince Charles and only after the Queen has also died can he bestow it on his youngest brother. Of course, it might not happen like that. It’s possible that the Queen could die before Prince Philip. In that case, Prince Charles becomes King and Philip retains his dukedom. Then when Philip eventually dies, Charles inherits the title, but as he’s King the title merges with the crown and is available to be created again. It doesn’t matter in what order it happens, but both the Queen and Prince Philip need to die before Prince Edward can become the Duke of Edinburgh.

It might be instructive to quickly run through all the Royal Dukedoms to see what might happen to them over the next few years.

Duke of Cornwall / Duke of Rothsay

As stated above, these are dukedoms with special rules. They are both automatically held by the eldest son of the monarch. When Prince Charles becomes King, they will be passed on to Prince William.

As explained above, this will be inherited by Prince Charles and will merge with the crown when he becomes King. At the point, the current Queen has indicated that she would like a new creation of this dukedom to be bestowed on Prince Edward.

The future of this dukedom depends on the order in which people die. When Prince Charles is King, Prince William will hold on to his dukedom as well as becoming Duke of Cornwall, Duke of Rothesay and, presumably, Prince of Wales. As the Cambridge title is less important than any of those, you won’t see it being used. If, as you’d expect in the normal course, Prince Charles dies before Prince William, William will become King and the dukedom will merge with the crown and cease to exist. If, however, Prince William dies without becoming King, the dukedom will be inherited by Prince George.

As dukedoms are only ever inherited by sons, and Prince Andrew only has daughters, it looks like this dukedom will cease to exist on Prince Andrew’s death.

This far down the line of succession, we are unlikely to be troubled by complication caused by titleholders becoming monarchs. Therefore, we can be certain that Prince Richard will be followed as Duke of Gloucester by his eldest son, Alexander Windsor, Earl of Ulster.

Prince Edward (a different one) will be succeeded as Duke of Kent by his son, George Windsor, Earl of St Andrews.

It’s worth noting that, as the great-grandsons of King George V, neither Alexander Windsor nor his second cousin George Windsor is a prince. That is a honour that stops at the grandsons of a monarch.

0 thoughts on “The Next Duke of Edinburgh”